It's now 6 weeks after my knee operation. My knee feels ok, but it is still painful, behind, when at full stretch as I climb stairs. Not sure if this is because it is still healing after the knee op, or if the operation hasn't fully fixed it?

I did an hour in the gym on Tuesday; on the bike and then doing exercises mostly focused on the weaker leg to try and get it built back up to match the right one. After that session I went straight into an hour and a half yoga class. Again I can do most things, but a few exercises are still too painful to attempt, or to hold for too long. I repeated the strength work at the gym the following day, and then didn't exercise again until Saturday. I decided that last weeks 10 mile walk meant that I could go a little further this week, a little ore towards what I would class a long distance walk. We'll find out tomorrow, at Physio, if the therapist agrees with my definition or I end up getting into trouble!

I planned a 16 mile walk in the Peak District. It was a glorious day, the hottest of the year so far, around 26C. I planned the route but didn't pay any attention to how much elevation there was. 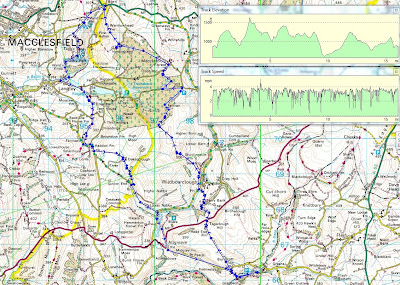 I took it relatively easy; a nice steady walking pace, taking photos and not rushing.

Here is a shot not far from the where I parked my car, very close to Gradback Youth Hostel, just after a short climb out of the valley. The photo is looking back down towards the youth hostel. There was a marquee setup and a wedding on there as I returned later. What fantastic weather they had, they really lucked out! 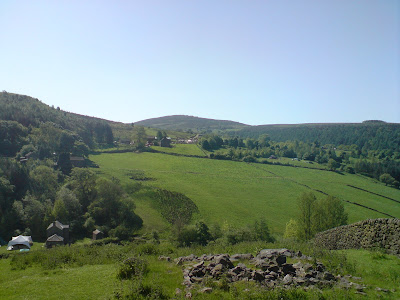 Just over the next hill I got a view over to the hill I would shortly be climbing, shutlingsloe. 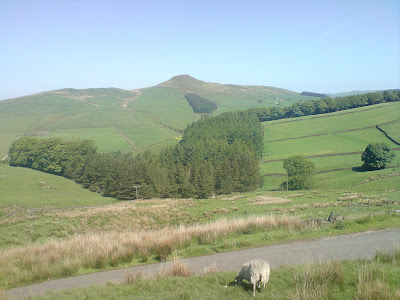 It's a steady climb up initially, then a final steep ascent/half scramble to the trig point from where I am pictured below. I decided to shave my hair off the previous night. A slight accident with the clippers meant I had to go a couple of grades shorter than I intended to! 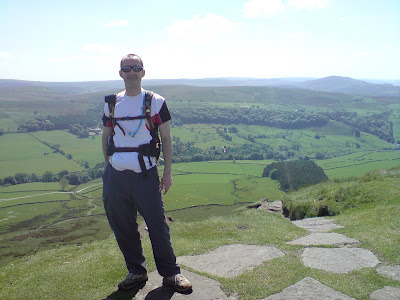 There was then a gently, mostly paved, descent down and into Macclesfield forest. I took this picture looking across to Trentabank Reservoir, and an (overexposed) hill calls Teggs Nose. 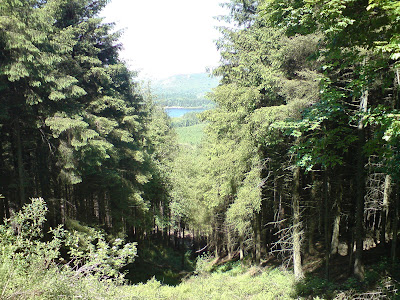 It was Teggs Nose I then headed up to next, taking this photo at the top, looking back towards that same reservoir (from the opposite side of course), and back to Shutlingsloe in the far distance. 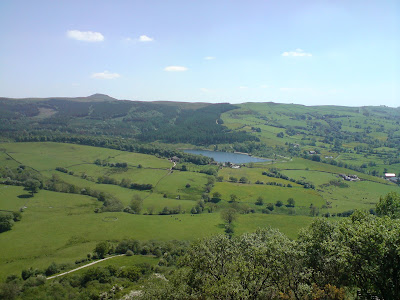 I then picked up the Gritstone Trail and headed back towards the car. This was an impossible to resist comedy photo opportunity. 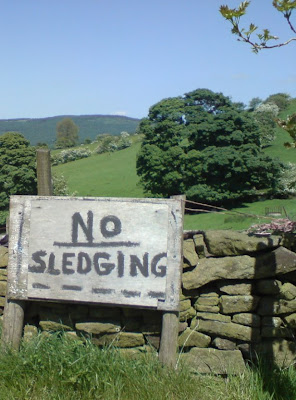 I averaged 2.8mph, but me knee felt fine and I wasn't tired at all. I thought there felt to quite a lot of ascent, and when I checked at home, it was 3500ft! So that was a sufficient test for my leg I think.

So, one last physio appointment tomorrow, and then an appointment with the surgeon in 3 weeks time.

I've just launched my new website in case you haven't seen it yet. Go here