This week saw an increase in my distances, and the highest weekly mileage total (for a week where I am not taking part in an event). On Wednesday night I ran home from work, doing 8.5 miles in the process. The following morning I ran back in to work running just over 8 miles. The distance door to door is only 5 miles, so I now have to get very creative around route planning. I work-in wide arcs or laps of parks to bring the mileage up to the required distance. Because I had to move my runs forward a day, running into work on Thursday instead of Wednesday, I didn’t then run again on Thursday evening. I would normally do a 3 mile flat-out speed run, but instead I just did an hour in the gym. I will pick up these speed-work sessions after Christmas. I am a little wary of doing too much speed work, too soon, at this stage. I think the last 6 weeks before the race will be the ideal time to measure my time, and bring it down week by week.

On Saturday I did a 14.5 mile trail run, my longest non-stop distance for some time. Well, I say non stop, I should have done 14 miles but got lost in a woods; I turned left instead of right. I had not run this area for quite a while, and just took a wrong turn. The path soon vanished and I was left trudging through undergrowth, and slashed and cut by thorns. I picked up a few slashes to the backs of my calves as penalty for my failure to remember the route. I ran for quarter of a mile through very rough woodland, before I realised my mistake, by then up to my waist in thorny plants and near the bottom of a small valley. I knew I was way off course when I heard the traffic from the M6 motorway in the distance, and straight away realised I was headed the wrong way. So, I stopped for a minute or two, to get my bearings, then realised where I went wrong, turned on my heels and headed back up. This time I took the right fork in the path. That little detour probably cost me about 10 minutes. After that I was back on track and got back home. So, 14.5 miles covered with 1500ft of ascent. 90% of it was off road, with more than 50% in fields and woodland. It has been a wet couple of weeks in the UK, with some parts flooded, so the ground was waterlogged everywhere. I was ankle deep in mud for extended parts of the trail, and as a result ended up minus a toenail I noticed after my lovely warming shower. Left me wondering, do we really need toenails? They are just an inconvenience I think!

On Sunday I did an unplanned run in the Peak District with a friend. I was showing him some navigation skills too. So we did a 7 mile run with around 1000ft of ascent in The Roaches area, near Leek, Staffordshire. It was a cold, but clear day, with great views all around. I took a few photos which you can see below. 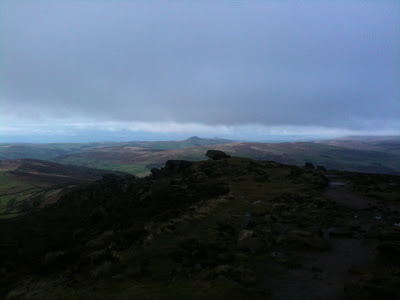 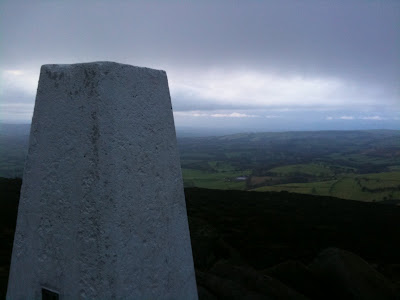 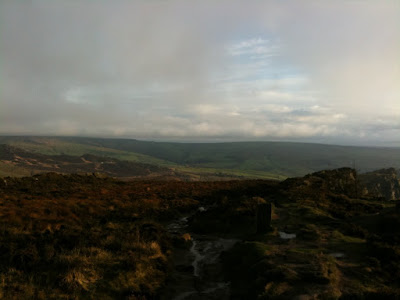 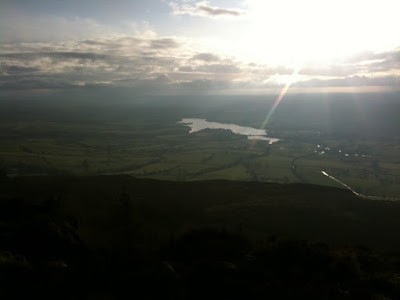 The rocky paths provide challenging running as your brain is working as fast as your feet to ensure you stay upright and don’t twist an ankle. All in all it was an enjoyable couple of hours.

So around 38 miles covered this week. Next week I am taking part in Rudolph’s Romp; an LDWA event open to runners. The event is advertised as 23 miles, but I entered the route into Memory Map and get it to a little over 24 miles. It looks to only have around 2400ft of ascent over the whole course, which isn’t that much at all. It does have a couple of very steep hills by the looks of the hill profile though. I guess we’ll see for certain next week! The event takes place in Yorkshire, not too far from Kingston upon Hull, so it’s a couple of hours drive from my home.

The weather has become noticeably colder in the last week, with a ground frost some mornings, and the familiar Winter sound of people scraping the ice off their windscreens. I am expecting it to be pretty cold next weekend, which is fine, but I will keep my fingers crossed that it stays dry.

I hope your training is going well, especially if you are doing the Atacama Crossing in March too. Always nice to hear from you, thanks for the emails.